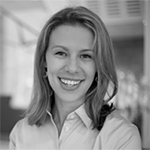 Human-Centered Computing: Using Speech to Understand Behavior
Emily Mower Provost is an Assistant Professor in Computer Science and Engineering at the University of Michigan. She received her B.S. in Electrical Engineering (summa cum laude and with thesis honors) from Tufts University, Boston, MA in 2004 and her M.S. and Ph.D. in Electrical Engineering from the University of Southern California (USC), Los Angeles, CA in 2007 and 2010, respectively. She is a member of Tau-Beta-Pi, Eta-Kappa-Nu, and a member of IEEE and ISCA. She has been awarded the National Science Foundation Graduate Research Fellowship (2004-2007), the Herbert Kunzel Engineering Fellowship from USC (2007-2008, 2010-2011), the Intel Research Fellowship (2008-2010), the Achievement Rewards For College Scientists (ARCS) Award (2009 – 2010), and the Oscar Stern Award for Depression Research (2015). She is a co-author on the paper, ``Say Cheese vs. Smile: Reducing Speech-Related Variability for Facial Emotion Recognition,'' winner of Best Student Paper at ACM Multimedia, 2014. She is also a co-author of the winner paper of the Classifier Sub-Challenge event at the Interspeech 2009 emotion challenge. Her research interests are in human-centered speech and video processing, multimodal interfaces design, and speech-based assistive technology. The goals of her research are motivated by the complexities of human emotion generation and perception.