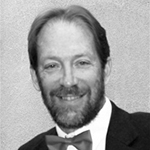 ABSTRACT  Smart objects are ordinary objects that have been augmented with computation and communication as well as abilities for perception, action and/or interaction.  To be accepted as intelligent, a smart object should behave in a manner that is appropriate for its role and its environment.  Appropriate behavior is commonly referred to as situated.  In this talk we will discuss the use of Situation Models as theory for constructing smart objects capable of situated interaction.

We describe a layered architecture, in which the situation model is used to coordinate perception, action and interaction.  We describe the components of a situation model, and discuss construction of situation models using both GUI based tools and machine learning.  We present a cyclic process inspired by models from ergonomics for maintaining a situation model, and discuss the use of probabilistic predicates for reasoning with uncertain information.  We present examples of applications from the EU projects FAME and CHIL as well as situated interaction with robots, and recent commercial applications proposed by INRIA startups Rocamroll and Situ8ed.

Over the last 30 years, professor Crowley has made a number of fundamental contributions to computer vision and mobile robotics.  In September 2011, James Crowley was appointed as Senior Member of the l'Institut Universitaire de France (IUF).  In March 2014, James Crowley was named Chevalier de l'Ordre National du Mérite.  During his career, he edited two books, five special issues of journals, and authored over 220 peer-reviewed scientific articles on computer vision, mobile robotics, human-computer interaction and ambient intelligence.  His publications have received over 11,000 Citations and an h-index of 51.