LTI Colloquium "The Development of an Open-Domain Neural Dialogue System" 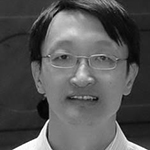 The Development of an Open-Domain Neural Dialogue System

ABSTRACT  In this talk, I will give an overview of some research projects at Microsoft Research aiming at building an open-domain neural dialogue system.  We group dialogue bots based on users' goals into three categories: task completion bots, information access bots, and social bots. We explore different neural network models and deep reinforcement learning technologies to build response generation engines for all the bots.  We will review our experimental settings, recent results tested on simulator users and real users, share the lessons we learned and discuss future work.

From 2006 to 2014, he was Principal Researcher at Natural Language Processing Group at Microsoft Research, Redmond, where he worked on Web search, query understanding and reformulation, ads prediction, and statistical machine translation.  From 2005 to 2006, he was a research lead in Natural Interactive Services Division at Microsoft where he worked on Project X, an effort of developing natural user interface for Windows.  From 1999 to 2005, he was Research Lead in Natural Language Computing Group at Microsoft Research Asia, where together with his colleagues, developed the first Chinese speech recognition system released with Microsoft Office, the Chinese/Japanese Input Method Editors (IME) which were the leading products in the market, and the natural language platform for Windows Vista.