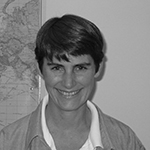 ABSTRACT  One of the characteristics of spontaneous speech that distinguishes it from written text is the presence of disfluencies, including filled pauses (um, uh), repetitions, and self corrections.  In spoken language processing applications, disfluencies are typically thought of as "noise" in the speech signal.  However, there are several systematic patterns associated with where disfluencies occur that can be leveraged to automatically detect them and to improve natural language processing.   Further, rates of different types of disfluencies appear to depend on multiple levels of speech production planning and to vary depending on the individual speaker and the social context.   Thus, detecting different disfluency types provides additional information about spoken interactions -- beyond the literal meaning of the words.  In this talk, we describe both computational models for multi-domain disfluency detection and analyses of different corpora that provide insights into what disfluencies can tell us about the speaker in both high-stakes and casual contexts.

BIO  Mari Ostendorf is a Professor of Electrical Engineering at the University of Washington.  After receiving her PhD in electrical engineering from Stanford University, she worked at BBN Laboratories, then Boston University, and then joined the University of Washington (UW) in 1999.  At UW, she is an Endowed Professor of System Design Methodologies in Electrical Engineering and an Adjunct Professor in Computer Science and Engineering and in Linguistics.  From 2010-2012, she served as the Associate Dean for Research and Graduate Studies in the College of Engineering.  She has previously been a visiting researcher at the ATR Interpreting Telecommunications Laboratory and at the University of Karlsruhe, a Scottish Informatics and Computer Science Alliance Distinguished Visiting Fellow, and an Australia-America Fulbright Scholar at Macquarie University.  Prof. Ostendorf's research interests are in dynamic models for speech and language processing.  Her work has resulted in over 240 publications and 2 paper awards.  Prof. Ostendorf has served as co-Editor of Computer Speech and Language, as the Editor-in-Chief of the IEEE Transactions on Audio, Speech and Language Processing, and as the VP of Publications for the IEEE Signal Processing Society.  She is a Fellow of IEEE and ISCA, a recipient of the 2010 IEEE HP Harriett B. Rigas Award, and a 2013-2014 IEEE Signal Processing Society Distinguished Lecturer.