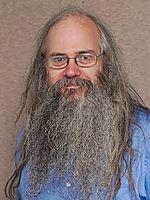 LTI Professor Alan Black recently appeared on Science Friday, a science-centered radio show broadcast across the U.S. on many public radio stations, to discuss what researchers are doing to make computerized voices more personal and engaging.In the segment, "The Long Quest to Make Machines Talk," Black joined University of Arizona Professor Brad Story and Northeastern University Professor Rupal Patel to discuss the history of talking devices, the state of current research in speech simulation and what the future might hold for the field."I think … we're already getting used to being able to talk to devices …  and people are becoming more comfortable with the idea that the machines are actually speaking," Black said. "But it's still the case that they're not engaging in conversation, and I think what we'd like to see is much more personalization so that they can sound like people."To listen to the whole segment, click here.