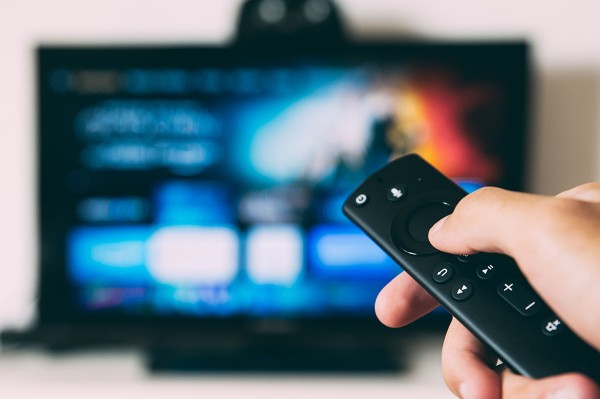 A team of LTI/CMU researchers has found that viewers of different news channels may all be speaking English, but are, in a sense, speaking different languages. (Photo by Glenn Carstens-Peters on Unsplash.)

Based on millions of user comments on the YouTube channels for four leading cable news outlets, it seems that viewers of right-wing outlets think of "Burisma," in the same way that their left-wing counterparts think of "Kushner." A "protest" to one set of viewers is a "riot" to another. For one, it's a "mask," to another, a "muzzle."

"Some of these so-called misaligned pairs seem pretty obvious," said Mark S. Kamlet, University Professor of Economics and Public Policy. "But it's surprising how different some of them are. It gives you a sense of the really tragic polarization that exists today."

Modern machine translation methods determine the meaning of a word based in large part on context — the other words that it usually appears closest to in texts. "Hello" in English and "hola" in Spanish are identical greetings and, thus, appear in the same context in different languages.

Ashiqur KhudaBukhsh, a project scientist in the LTI, said the idea behind the new research was to use the same method to analyze the polarization of social media. The goal was to find different English words that are used in the same context by people speaking different news languages.

To perform their analysis, the researchers used a data set of 86.6 million comments by 6.5 million users to more than 200,000 news videos from CNN, Fox News, MSNBC and One America News Network (OANN). The software completes the analysis automatically, without human intervention.

"We think our method is powerful because it's efficient," KhudaBukhsh said. "You don't have to read millions of comments. But if you know that 'mask' translates into 'muzzle,' you immediately know a debate is going on surrounding freedom of speech and mask use."

The researchers also compared the comments of viewers of CNN, Fox News and MSNBC with more than 4 million comments by viewers of late night comedians Trevor Noah, Seth Meyers, Stephen Colbert, Jimmy Kimmel and John Oliver. They found words translated from Fox News English to comedian English were 75% similar, while words translated from CNN English to comedian English were 83% similar.

Doing the same analysis by hand would be impossible, said Kamlet, who holds joint appointments to the Heinz College of Information Systems and Public Policy and the Dietrich College of Humanities and Social Sciences.

"We use a standard statistical package that takes each word and maps it into a 100 dimension space," he explained. "Obviously, you might be able to do cross tabs by hand. But even with cross tabs, you're talking about millions of comments."

The research team includes Tom Mitchell, Founders University Professor; and Rupak Sarkar, research engineer for a fall 2020 seminar course on tracking political sentiments using machine learning taught by KhudaBukhsh, Kamlet and Mitchell. Their paper has been submitted to a computer science conference and is available at arXiv.