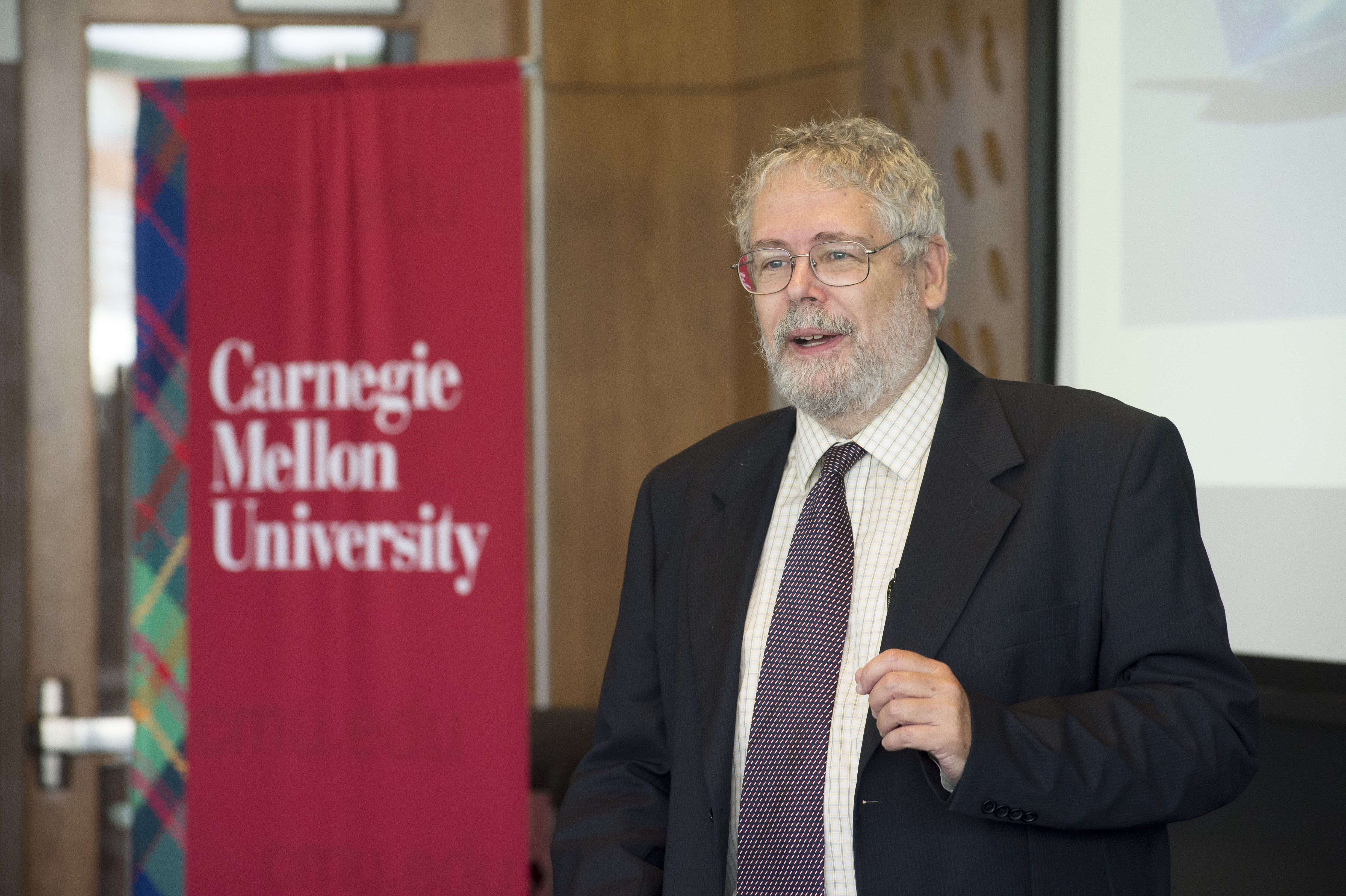 Jaime Carbonell, founder and director of CMU's Language Technologies Institute, has died. He was 66.

He knew full well that earlier attempts at machine translation had largely come to naught. Nevertheless, as a young computer science professor at Carnegie Mellon University in 1985, Carbonell persuaded his superiors to let him start a Center for Machine Translation. For the next 35 years, he and his colleagues would create pioneering translation systems and expand the horizons of artificial intelligence.

Carbonell, 66, died today following an extended illness. He was the Allen Newell Professor of Computer Science and had earned the distinction of University Professor, the highest academic accolade CMU faculty can attain.

Machine translation, which was high-risk research when Carbonell first championed it, is big business today, dominated by tech giants such as Google, Microsoft and Amazon. And the research center he launched would expand in 1996 to become the Language Technologies Institute (LTI), one of seven academic units in CMU’s top-ranked School of Computer Science.

Under Carbonell’s direction, the LTI became the largest and best-known organization of its kind. It has been a leader in areas including natural language processing, question-answering systems, and speech recognition and synthesis, and now boasts five graduate degree programs.

"He's kind of the godfather of language technologies,” said Raj Reddy, the Moza Bint Nasser University Professor of Computer Science and Robotics and former SCS dean. Carbonell advised more than 60 Ph.D. recipients who continue to spread his influence through academia and industry.

But his influence extended well beyond language technologies. Carbonell made many contributions to the field of machine learning, said Tom Mitchell, Founders University Professor of Computer Science.

"He played an important and influential role in the early days of machine learning in pulling together researchers working in this area, helping to create an international research community," Mitchell said. His contributions included methods that allowed computers to reason by analogy, developing algorithms that could actively query a teacher to more efficiently learn new concepts, and applying machine learning to diverse real-world applications, ranging from information retrieval and search to protein folding.

"Jaime always had astounding levels of energy and creativity," said Robert Frederking, a student of Carbonell's who is now SCS associate dean of doctoral programs. “I have never understood how he could advise maybe a dozen Ph.D. students, run the LTI, personally be the principal investigator on several research projects, teach regularly and travel to DC frequently to work with funding agencies.

"And with all that going on," he added, "if you ran a new technical problem by him, he would usually come up with three good suggestions for solution paths to investigate."

Carbonell also advised Manuela Veloso, University Professor of Computer Science at CMU, now on leave while she directs AI research at financial services giant J.P. Morgan. She remembers him as an amazing educator and mentor.

“With Jaime I learned a lot of AI, but I also learned how to advise,” she recalled. “I became a faculty member at Carnegie Mellon and I embraced a lot of what I learned from Jaime. Even now, I still look at Jaime as my advisor, and throughout my career have turned to him for different types of advice. As of now, I have graduated 40 Ph.D. students. I will always thank Jaime for having graduated me.”

Carbonell grew up in Spanish-speaking Uruguay before his family moved to Boston when he was nine. He earned bachelor’s degrees in mathematics and physics at the Massachusetts Institute of Technology and his master’s degree and Ph.D. in computer science at Yale University.

While studying at MIT, Carbonell worked part-time translating computer manuals into Spanish and developed machine-translation tools to speed up the process. Thus began a fascination with machine translation that would become the focus of his AI research.

"We are living in a globalized society, and I think automation has to be the way to overcome language differences," he told the Boston Globe in 1996.

Carbonell, who joined CMU in 1979, led teams that developed knowledge-based machine translation of text as well as speech-to-speech translation. He invented a number of well-known algorithms and methods, including maximal marginal relevance (MMR) for summarizing text and a type of machine learning call proactive learning.

Carbonell played a key role in establishing language technologies as an industry in the Pittsburgh region.

"Dr. Carbonell launched, spearheaded, and provided expert advice and support to numerous commercial enterprises, ranging from small startups to Fortune 100 companies," said Alon Lavie, a longtime LTI faculty member who is now vice president of language technologies at Unbabel. Locally, those companies included his own spinoffs, such as Carnegie Speech, Carnegie Group and Wisdom Technologies, and those he advised, such as Vivisimo and Lycos — one of the first successful search engines. Lavie's own spinoff, Safaba Translation Technologies, was acquired by Amazon and became the core of that company's Pittsburgh office.

Carbonell created the university’s Ph.D. program in language technologies, and is co-creator of the Universal Library and its Million Book Project, which scanned and digitized books and made them available for free online.

Carbonell also led a project to apply machine learning techniques to data generated by the aerospace industry and explore how this might improve aircraft maintenance, operating efficiency and reliability.

When Carbonell wasn't working, he indulged a lifetime passion for chess.

To receive updates on memorial services, and to share your thoughts and memories of Jaime Carbonell, please complete the webform accessible here.