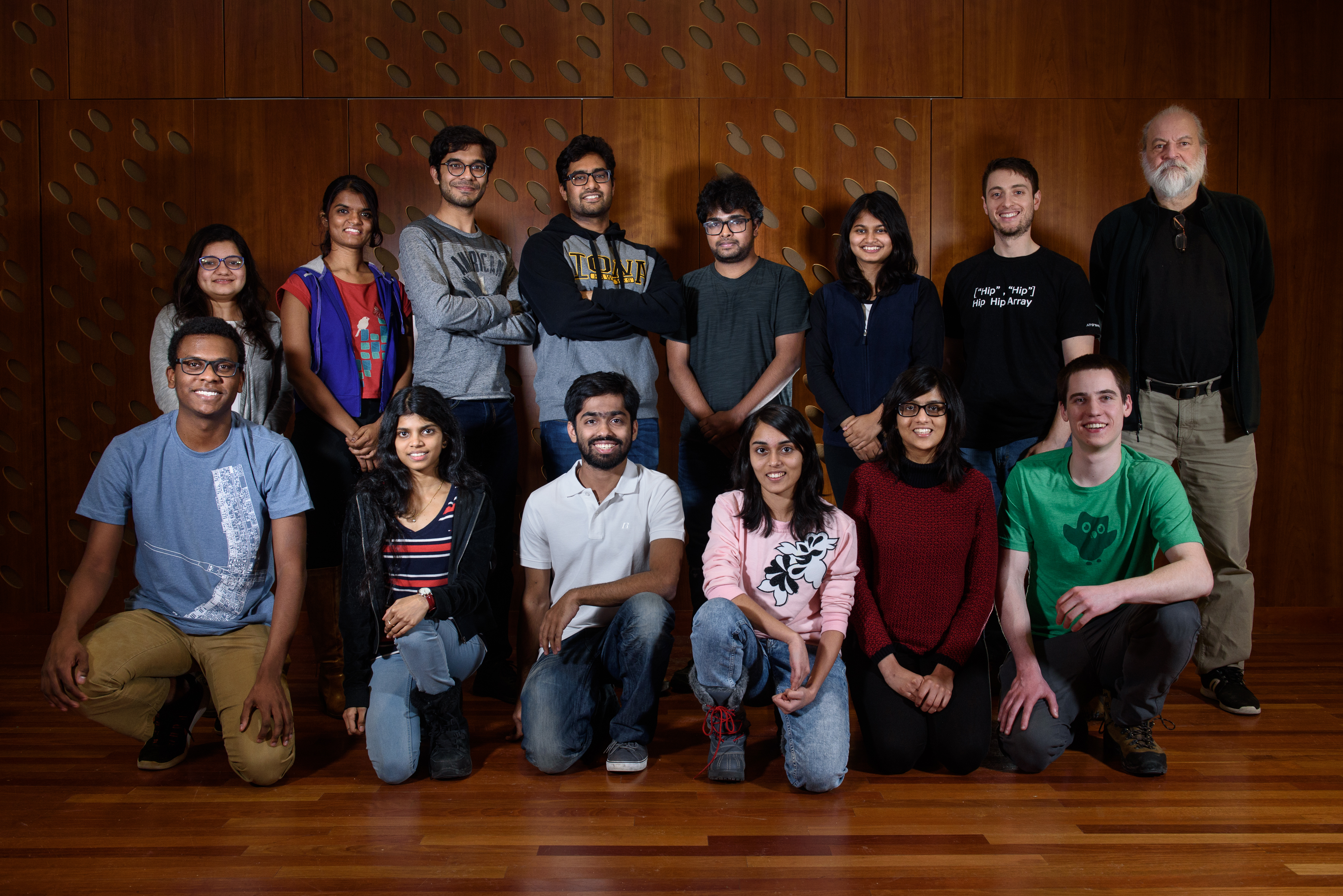 A CMU team is among eight worldwide to compete for the Alexa Prize. Each team receives $250,000 to develop technology for conversational artificial intelligence, with their eyes on a $500,000 top prize.

Amazon has selected a Carnegie Mellon University team as one of eight worldwide to compete for its Alexa Prize by developing a socialbot to converse coherently and engagingly with people on a range of popular topics and current events, from sports to technology.

Each team, including CMU's 11-member group, will receive $250,000 to develop technology for conversational artificial intelligence. They are competing for a $500,000 top prize. The winning team's university will receive a $1 million research grant if its socialbot can sustain a conversation for 20 minutes with a rating of 4.0 or higher (last year's winning team had an average rating of 3.17).

Alex Rudnicky, emeritus faculty and project scientist in the Language Technologies Institute, will mentor the Tartan team, and George Larionov, an LTI Ph.D. student, will manage it. Zhou Yu, who earned her Ph.D. in the LTI last year, is mentoring Gunrock, a team from the University of California, Davis, where she is an assistant professor of computer science.

"We congratulate CMU as one of eight teams selected for the 2018 Alexa Prize," Ram said, "and look forward to the contributions of this year's participants as they help advance conversational AI."

Rudnicky led one of two CMU teams that competed in the inaugural Alexa Prize contest last year. He noted Amazon has chosen eight teams rather than the 12 sponsored teams that competed last time, and has dramatically increased the funding for each. That's a recognition, he said, of the technical challenges involved in conversational AI.

"This isn't a 'spare time' kind of thing, an extracurricular activity," Rudnicky said. "You have to have some real research going on. What you really need is a couple of Ph.D. students working full time."

One area of intense research, and one of Larionov's research interests, is creating an awareness of context and continuity.

"A weakness of these systems — one of the reasons they can't sustain a conversation well — is that they fundamentally are not good at context tracking," Rudnicky said.

Sustaining a conversation requires a host of skills and strategies, from monitoring the state of the conversation and recognizing when engagement is flagging, to having an ensemble of techniques for extending what a person just said, he added.