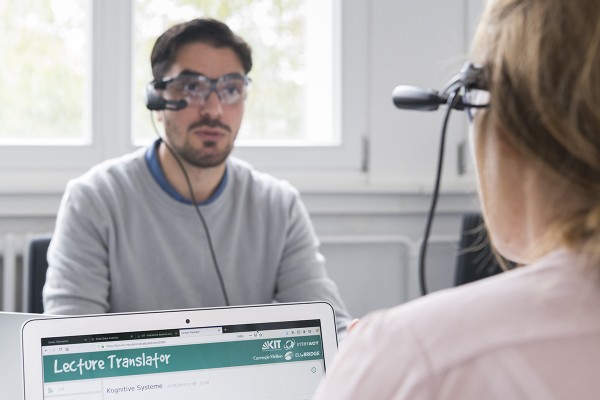 It's difficult even for people to accurately transcribe conversations, Waibel said. "When people talk to each other, there are stops, stutters, hesitations such as 'er' or 'hmmm,' laughs, and coughs," he said. "Often, words are pronounced unclearly." With humans capable of no better than a 5% error rate, the feat has remained a major challenge for artificial intelligence.

Now, KIT scientists and the staff of a KIT startup company called KITES have developed a system that boasts a 5% error rate with just a one-second delay, or latency. The measurements are based on an internationally recognized benchmark for the task established by the Defense Advanced Research Projects Agency.