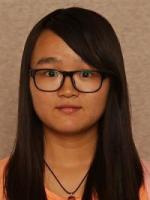 In the past, systems designed to route work to appropriate Wikipedia editors have focused on matching editors to articles that relate to ones they've already worked on. These systems, however, have generally ignored the type of work that the editors can do. To help create a better understanding of the editing roles in Wikipedia and what those roles entail, LTI Ph.D. student Diyi Yang developed new techniques to define the roles and investigated how the work contributed by editors in different roles affected article quality.

Her resulting paper, "Who Did What: Editor Role Identification in Wikipedia," was featured in the April 2016 Wikimedia Research Newsletter, and received a Best Paper Honorable Mention Award at the 10th International Conference on Web and Social Media (ICWSM-16), recently held in Cologne, Germany.

In the paper, co-authored with Aaron Halfaker of the Wikimedia Foundation, LTI Research Professor Eduard Hovy, and Herbert A. Simon Professor of Human-Computer Interaction Robert Kraut, the researchers built machine-learning models to automatically identify the categories associated with edits. They then applied a graphical model to uncover the latent roles in editors' edit histories, identifying eight different roles editors play. Finally, the team validated how the identified roles collaborated to improve the quality of articles. Their results demonstrate that editors in different roles contribute differently in terms of edit categories, and articles in different quality stages need different types of editors.

"The article is a welcome contribution to the field of Wikipedia research, in particular of editor roles on Wikipedia," the Wikimedia article said. "Many previous role identification efforts have used a simplified approach where editors were reduced to their main role. In contrast, here the authors went further and considered editors as a mixture of roles, which is expected to provide a more accurate representation of human behavior."